A brief review of the CORK leg of this year’s poetry exchange, the COVENTRY events will be taking place 8-9 Nov. 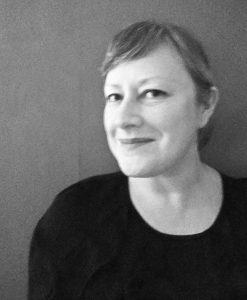 I needn’t have worried where I was going to get my hugs from. Somehow in the space of 24 hours the people of Cork had already carved a home out for me in words and pebbles and standing stones. What a trip! It’s hard to know where to start…

After meeting Paul at the airport we took a look at the city from on high, a hotel balcony furnished with possibly the world’s greatest chocolate brownies and a panoramic view of the city in summer sunlight. Then we were stabled in the Handlebar B and B and walked, waiting for our Irish debut, funnelled by narrow streets towards the beautiful Cathedral where I found a strange stone that turned out to be a (probably human) bone and slept under a tree in the sun. It was that kind of visit. Full of humanity and history and weight. 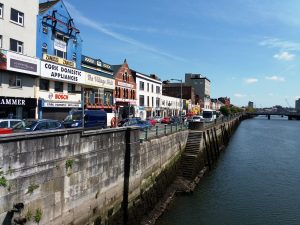 Cork is a vibrant and fascinating place, the centre of which is surrounded by water in the same way Coventry city centre is surrounded by the ring-road. The centre is collected and being squeezed upwards. But Cork has managed to keep it’s architectural charm and support independent and quirky commerce. It is a shopping mecca, but the values of the place are better demonstrated by the number of places in which to enjoy yourself with friends – eating, drinking, chatting. 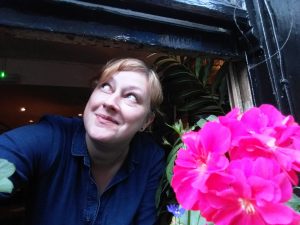 Monday night we rocked up early at o Bheal and this gave us time to chat to people as they came in while my nerves gathered. The bar upstairs where we were stationed had the gorgeous, earless bust of a horses head on the bar. Oh, it was just knocked up by someone who used to work here – it’s sister is at the University! Cork is a city of creators. The famous o Bheal five word challenge gave further proof as nearly everyone in the room got up to the mike to read out the poem they’d crafted from a random generation of words in just fifteen minutes. The diversity of subject matter and the quality of the writing was inspirational. Russ’s and my own headline readings were warmly greeted and I settled down to enjoy the open mic-ers who were fantastic. Afterwards everyone tumbled round the corner to a bar that looked more like the apothecary it took over from, till the early hours of the morning. We had fun chatting to al the genuinely lovely, warm people whose work we’d listened to. It was brilliant.

Next day we met the Mayor of Cork, who’d deputised a cultural attache to the reading last night – a man who’d eloquently expressed his passion for history and culture and his support for the arts. It was interesting to talk with them both about the pressures on culture in the face of austerity. We talked about Coventry’s bid to be UK City of Culture in 2021 and the impact of Cork’s experience as European City of Culture in 2005.

Via stone circles, the beach, skinny dipping and dinner with more new friends, we ended up in in Clonakilty in Western Cork for our final reading, with Coventry feeling very distant in space and time. De Barras club has played host to Bowie, who was invoked by Alexis during her reading. I did my best, reading from my new book from Silhouette Press ‘The Africa in my House’ and responding to interesting and insightful interview questions from Moze. Russ plied everyone with lyrical stories from Coventry and it was great to hear Ciaran and Stan, who we are expecting on the return link of the exchange in Coventry in November. Once again the five word challenge was amazing, as were all the readers. It was mesmerising watching everyone’s performances in such an auspicious venue.

It’ll take me a long time to unpack all the experiences and conversations from this short journey. I began writing two poems during my stay (not counting my five word challenge attempts, which believe me, really don’t count!). There are ribbons of ideas and thoughts about culture, comparisons between our two cities and attitudes to the creative arts which I’ll need some time to follow and unravel. What I can say beyond a doubt is that the whole trip was an absolute pleasure and an honour, that my Facebook friend count has increased exponentially and that I really want to revisit Cork again as soon as possible, to visit more of the sights but mostly to reconnect with the lovely friends we made. Big, heartfelt thanks to everyone involved.

Andrea Mbarushimana is a community worker, artist and writer, Andrea has been published in the London Magazine and Here Comes Everyone, exhibited in the Herbert, Coventry Cathedral Chapel of Unity and on various brick walls and has worked with refugees, minority groups, young people and parents.

Andrea made two short films televised on the Community Channel, one with young migrants and one tackling Islamophobia and she’s a regular spoken word performer at Fire and Dust in Coventry. Her Uncle once described her as ‘a real searcher’, which feels about right. 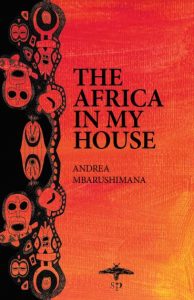 The Africa In My House by Andrea Mbarushimana 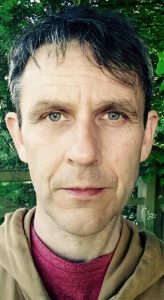 Andrea and I spent a fantastic couple of days in Ireland, performing at O’Bheal’s in Cork on the first night and at De Barra’s in Clonakilty on the second – both of them wonderful venues packed with enthusiastic listeners and supportive fellow poets. Paul Casey greeted us at the airport and instantly made us feel at home in Cork, pointing out sights to see and filling us in on the local history. We were blessed with fine weather, finding time to relax in the Cathedral grounds before enjoying a (vegan friendly) Thai red curry at the Co-op Quay restaurant overlooking the river. I was surprised to find that O’Bheal’s has not one but two in-house artists who sketched us during our performances – and the late night apothecary wine bar around the corner was an unexpected delight!

On the second day we met the Mayor of Cork Tony Fitzgerald and his deputy Kieron McCarthy (a passionate local historian who had attended and read some of his own poetry the previous evening). I thought it might feel a bit strained, but they were both very engaging and genuinely interested in the Twin Cities project. In the afternoon, on the way down to Clon, we stopped off to visit Drombeg earthworks and stone circle before going for a quick swim in the sea. 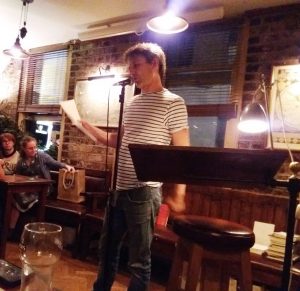 At De Barra’s that night I got to know Ciaran and Stan, two outstanding performance poets who will be visiting Coventry for the ‘return leg’ in November. We were also interviewed following our performance, giving us the opportunity to elaborate on some of the experiences that motivate and shape our writing. We packed a lot into our brief visit and met some charming, warm and very talented people. I feel very lucky to be part of the project. 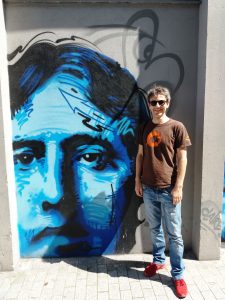 Russ has been writing poetry for around 4 years, after featuring in the Bradford-on-Avon – Poems on a Beermat Competition in 2014. Russ regularly performs at Coventry’s Fire & Dust open-mic poetry night and at events around the UK. He has published poems in local anthologies and in Writer’s Forum magazine. In 2016 he was Writer-in-Residence for the Concealment and Deception exhibition at Leamington Spa Art Gallery and winner of the Oriel Davies Gallery prize for nature poetry.

BIG Thank you to Paul Casey of O Bheal and the people of Cork  – all of whom are – in their own way – fellow poets!