Cork Poet, Stanley Notte, tells us all about his visit to Coventry!

‘Coventry is a shit hole that no-one should ever visit.’ Those are the words Terry Hall used to describe his home town in an interview in 1980.

They are also the first words that popped into my head when I was asked if I’d like to represent O’Bheal in Coventry as part of the poetry exchange.

Needless to say that is an inauspicious beginning to any trip. But as it turns out there was good news in that memory, and for two reasons. First it gave me a funny – or risky – introduction to the two scheduled poetry readings included in the trip. Second, as I am a huge music fan, and utilise song titles to write most of my poetry, it gave me an idea for a poem.

That poem was written using song titles of artists signed to the 2 Tone Record Label, founded in Coventry in the late seventies. And interestingly the The 2 Tone Village, a museum that pays homage to the Coventry music scene, proved to be a highlight of the trip.

But before I get to that highlight I need to go back to the start.

In truth my trip started earlier in the year when I met Andrea Mbarushimana and Russ Berry when they were in Cork on the first leg of the Cork/Coventry cultural exchange. At that time I didn’t know Andrea and Russ would be so prominent during the second leg of the exchange. If I had Terry Hall’s ominous words may not have worried me as much. But then, had that been the case, my 2 Tone Poem may never have seen the light of day, so perhaps my ignorance was a blessing.

In Cork Andrea (despite a recent health scare) and Russ read beautifully, and were excellent company. Russ has a love of music that is almost as severe as mine, and we whiled away time on both nights of their visit discussing artists, and – as always when music fans get together – views.

So, to Cov where Andrea, having rearranged her life (kids/school/husband), and wearing a welcoming smile, met Ciaran and I at Birmingham airport. From the first moment chatter abounded (even a tad of local gossip was offered) and the car journey to Cov (OK that’s the last time I’ll use that local abbreviation) was over before I knew it.

Once in the home of Terry Hall it was a quick cup of tea in Andrea’s place, and then a brisk walk to local radio station, the Hillz. Russ met us in the reception area. And, with our group was complete, we were ready for an interview with Kate Hill (who, surprisingly, doesn’t own the station). 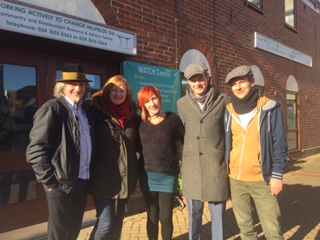 With hindsight, the radio interview laid the template for the remainder of the trip. We were warmly welcomed, the interview was relaxed and easy going, with an emphasis on the creative process, and the time (just over an hour) on air flew by.

Mundanities (Hotel check-in, a snooze – we were up at Stupid O’ Clock for the flight – and a surprisingly good dinner in Coventry’s Premium Inn) accounted for the afternoon. And before we knew it Ciaran and I were one again in Andrea and russ’s company, and heading to The Royal Oak for our first reading.

To garner a sense of how this evening transpired I could simply point to the earlier paragraph about the Hills interview. But that would not allow me to mention how beautiful a venue The Royal Oak provided. The event – which was part of the Peace Festival – was held in an extension at the back of the premises that, due a soft ambience and views over the garden area, was ideal for a gathering of keen poets.

MC for the night, Aysar Ghassan  was genial, humorous and welcoming, and the audience attentive and receptive. Afterwards we adjourned to the local Witherspoon – if you just gasped at the idea of a cultural exchange party frequenting such a place, let me assure you (as is always the case) it is the company you keep that defines a gathering, not the location. 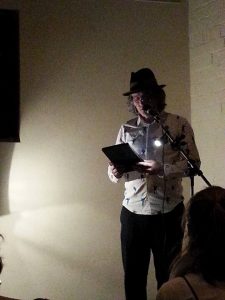 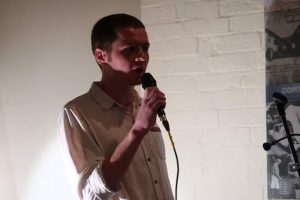 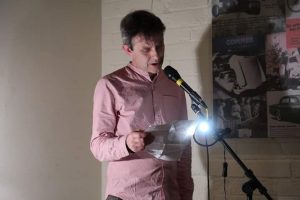 We chatted into the wee hours (or as wee as licence regulations allowed) solving world issues the good and great of the political arena cannot find solutions to. OK, we didn’t actually solve any, but we did have a few GREAT ideas.

Day two began – surprise, surprise – with breakfast. I needed a hearty one, as we were meeting the Lord Mayor of Coventry at 10am. As I view politicians with (at best) heavy scepticism, this is NOT my type of thing. To ease the expected trauma I wore a tee-shirt emblazoned with a word – Echolalia – that sums up my feelings about almost all political mutterings. Oh, I knew it wouldn’t make any difference, and was unlikely to register with Lord Mayor Tony Skipper, but hey one must do what one must do. As it turns out I couldn’t have been more wrong about Tony. He was funny and articulate, well versed on poetry (he exhibited a selection of portraits of local poets a few years ago) and MOST IMPORTANTLY music. An added bonus, due to Coventry native and Labour MP Mo Mowlan’s key involvement, a signed copy of the original Good Friday Agreement hanging on Tony’s wall. 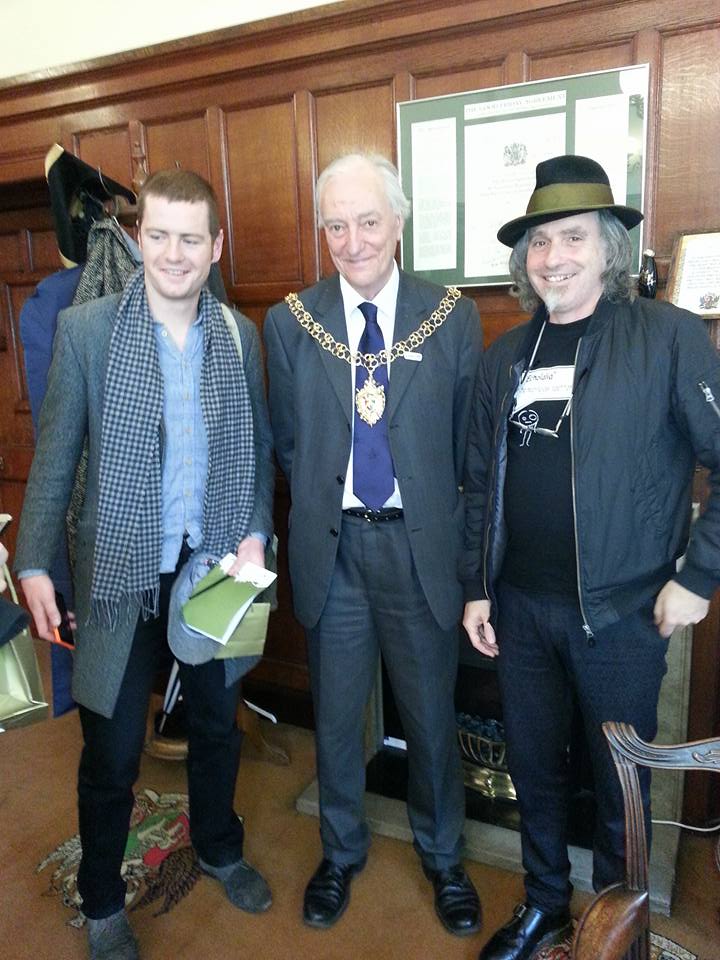 Given all of the above you won’t be surprised to learn that the hour we spent in Tony’s company was very pleasant, and set me up nicely for the aforementioned highlight of the trip. I could wax lyrical for an age about the 2 Tone Village. But I won’t. Suffice to say it is a place that any music fan or history buff would enjoy. It is also a fitting tribute to the wide ranging influence 2 Tone had on many of my generation, particularly in raising awareness of racial acceptance. 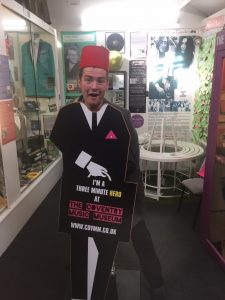 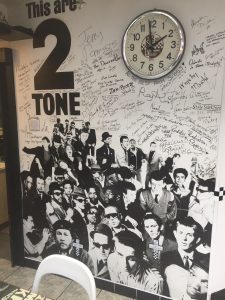 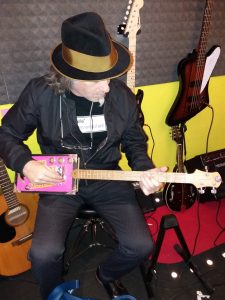 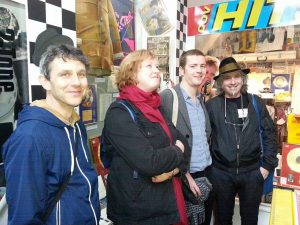 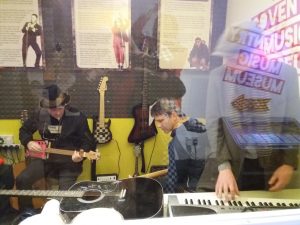 The final official leg of our Coventry trip was spent in Kenilworth. Where we were guest poets at Pure, Good & Right, a regular – and well attended – poetry event. The venue – The Tree House Bookshop –  was cosy, and filled with the gentle ambience peculiar to spaces laden with shelves laden with tomes. Again we were warmly welcomed, and read to an attentive audience. MC John Watson not only steered the evening expertly, but also entertained us with poems of his own; a piece about manure. Afterwards Russ and Andrea passed a few hours discussing world problems with Ciaran and I in the hotel bar. And if we hadn’t received a message at 1am informing us our return flight was delayed we may actually have solved a few. Yes, we were that close! 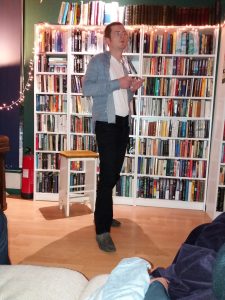 Leaving Coventry on that delayed flight I had much to ponder. A lot had happened in such a short time, and I really hadn’t processed much of it. But on reflection I realised the trip was extraordinary on many levels. I had made new friends, read my poetry outside my home country for the first time and experienced a diverse city that has kept a belief in Peace at the forefront of it’s thinking for many years. But most importantly I learned that Terry Hall’s description of his home town in 1980 is now so inaccurate it may as well be deleted from history. 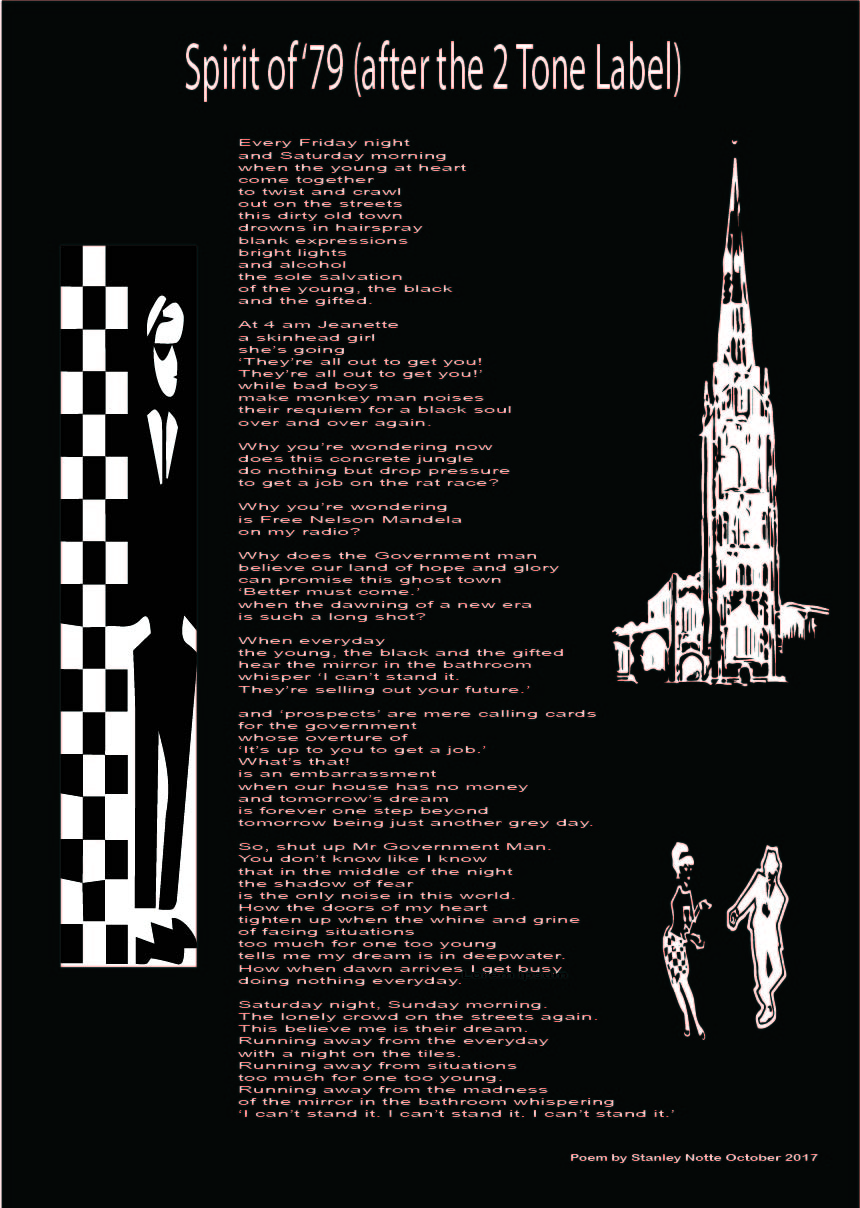 Finally, it would be remiss of me not extend an enormous thank you to Andrea and Russ. There is an old adage that the greatest gift one can give is that of their time, and the time these two lovely people donated to Ciaran and I was, without a doubt, the vital ingredient in what was a fantastic experience. 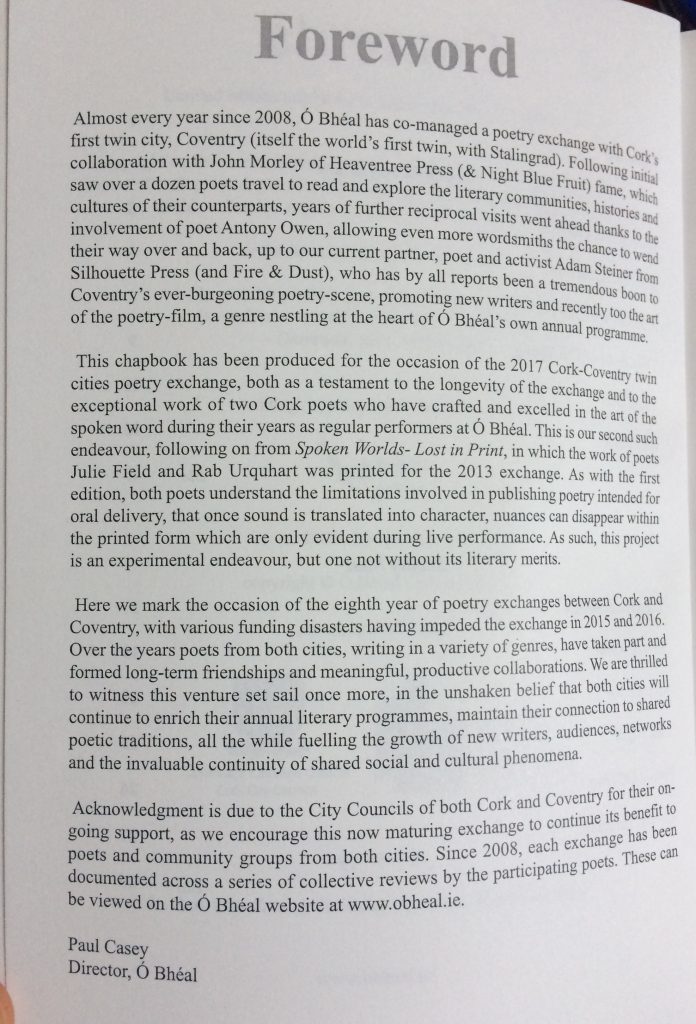