Way back in June something happened that had not happened before. A group of poets and literateurs gathered for an evening of live music and poetry at the Tin Music and ArtsCentre. Under the aegis of HCE, the aim was to celebrate the contributors, the staff and the support for the magazine.

Naturally, as editor and nominal host, I was delighted with how the evening went. Apart from the fact that it is a genuine delight to meet and socialise with the people with whom I’ve been liaising for over a year now, but more than that: it’s great fun to be around performance.

The line-up was a mixture of HCE staples: John Kitchen (pictured); Lindsay Waller-Wilkinson (sadly not pictured); Dwane Reads (pictured); and welcome guests in the form of Maria Taylor (pictured)  and music from Misty’s Little Adventure wrapped up the play bill. 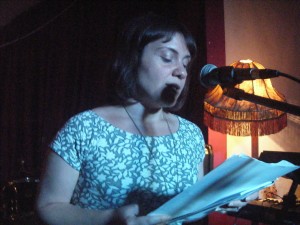 It’s a useful cliché to assert that there was something for everyone in the performance and far be it from me to avoid such a statement. Maria opened the show with calm, measured and precise reading. Her poems were emotive and homely, but reached out to the audience in a way most profound.

John came next. Calm and cool as always, John stood resolutely with his hand in his pocket like a naughty schoolboy and whipped his witty and phonically satisfying lines out into the audience like ninja throwing stars. He was a definite audience favourite. 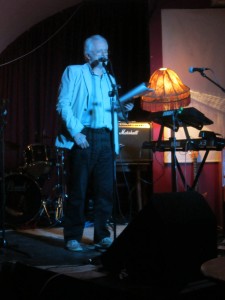 After the break, Lindsay, looking quite regal on a stool, I thought, read her story The Dress, which first appeared in the Colours Issue. After the show many commented on the harrowing reality of Lindsay’s story and it’s message, but there was no-one who complained about the heartfelt and bittersweet way that Lindsay read her story.

The headline reader was, of course, our very own Dwane Reads. No stranger to the performance poetry scene, Dwane electrified (and frightened) the crowd by bellowing into the microphone, whispering into the shadows and by waving his arms around. It’s hard to resist a man in tartan trousers and the crowd were rapidly and eagerly eating from his hand.

All concerned agreed that the night was a success and discussion of the next event began immediately. 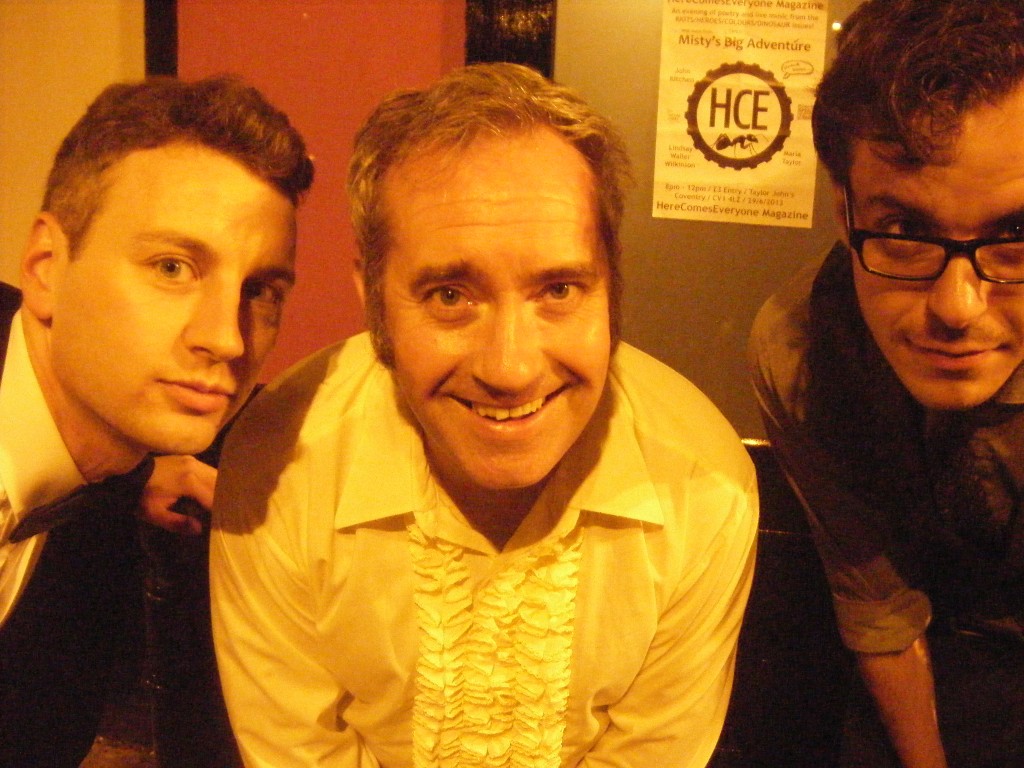